I’ve had several emails lately asking me about potatoes. Readers have written in to say that they are not seeing potatoes for .10 a pound; they are seeing them for .40 -.50 a pound, and they are wondering how I get them for so little.

The answer is simple: I buy them for that price in season.

I generally buy several hundred pounds of potatoes on sale in November, when they are on sale for .10 a pound. I watch and wait for that price. I will see them on sale for that price a few more times, and then I’ll buy more. In the middle of summer I don’t buy potatoes; they’re four times as much and the quality is bad, because this is what is left of last year’s potato harvest.

Modern day grocery stores tend to offer everything all year long, but that doesn’t mean that it is the right season for those items. If they’re not in season, they’re being shipped from somewhere else, which means the costs go up, and the flavor goes down, because they are picked slightly under ripe in order to get to the stores in time. If you’re buying grapes in the middle of winter, they’re coming from the other side of the equator. They’re going to be mostly tasteless, and they’re going to be four times the cost of grapes in season.

Watch your local grocery ads within that season for the lowest price, and when it gets down to that price, stock up! Can, freeze, and dehydrate what is in season. You’ll have the tastiest fruits and vegetables to use throughout the year at the lowest prices.

Some things are easy to keep for months if you have the refrigerator space. Apples, oranges , and grapefruit will keep for months in your refrigerator. (Not all varieties of apples last real long off the tree; some can last months and others need to be eaten right away, so watch which apples you have and if they need to be eaten faster than you can eat them, make applesauce with them and can it).

Think long-term when the lowest prices come around. Don’t think just about how much produce your family will eat that week. Think about how much of that item your family eats in a month or a year. Then purchase the amount you need for the year. This will yield the largest savings for your family in the long run. For many years, I have canned peaches and pears in August. I would buy them at the store when they went on sale and can what my family needed. Our trees were tiny, so I was still buying most of our fruit. (This year I planted a second Early Elberta peach tree in the front yard to provide more peaches for our family in the years to come).

Usually peaches and pears are ripe within a few weeks of one another. In August of 2009, however, they were ripe in the same week. Peaches were on sale for .49 a pound, and pears were .59 a pound. (Prices vary by year and the farmer’s crops; in later years peaches are more and pears have been as low as .25 a pound). I went to the store on the first day of the sale, which is a Wednesday where I live. I asked the produce manager to order in more boxes of fruit for me. I go the first day of the sale. The delivery came two days later on Friday. When I went it to pick up my delivery, the produce manager helped me by bringing the boxes of fruit to the register. I bagged a few more pounds of peaches as well to add to my total. The boxes are each a specific weight, so the cashier was able to weigh my bagged peaches and type in the weights for the boxed peaches and pears. (I highly recommend having the produce manager write the amount on the box and coming up to the register with you; some stores will question paying for a whole box of fruit and the cashier will wonder about ringing it up, even though they just have to type in the weight and the code. Leaving it in the box helps you avoid bruising).

That day I bought 324 pounds of peaches and 144 pounds of pears. My total was $243.72 for 468 pounds of in-season produce. The receipt said that my savings (over buying that fruit at regular price) was over $1000! The cashier had to get the manager to override it because the savings was so high.

That week I did a lot of canning.

I don’t always can things.

When oranges go on sale, I fill the refrigerator drawers (both of them) and the bottom shelf of the fridge with oranges. (Remember, too, that with 9 people, we eat 9 oranges every time we sit to eat oranges, so a whole bag of oranges doesn’t last long. We were blessed with a second refrigerator/freezer (a side by side) for free last year, so I now fill that with oranges in season, too.) Oranges usually go on sale for .99 a pound, but I look for prices around .35 a pound (that happen only once or twice during orange season) and then I buy half a cart full of oranges.

Earlier this year I found a deal on green peppers at Winco. Wincos prices change daily; that day they actually changed by noon (my mom went back to get some two hours later and they had changed the price). They had green bell peppers for .10 each. That is not a normal sale price for here–that is something amazing that I have never seen before! I bought 65–I spent $6.50.

At home, I washed them, and I cut them into slices. I put a silicone baking mat

down on a cookie sheet and I put the slices on the top, not touching each other. I then put the sheet into the freezer.

Once the slices were frozen, I transferred them to freezer bags. Because they were frozen individually, I can get out just how many I need to throw in a stir fry or to use for fajitas.

I did this same thing earlier this year with broccoli crowns. They were at an amazing price, so I bought half a cart full.

I brought it home and cut it up. I rinsed it and then I blanched it. If you have never blanched vegetables, the process is simple: You drop the vegetables in boiling water for 45 seconds, and then you transfer them to an ice bath (I used a dishpan of ice water next to the stove). When they are cooled, drain them. When they are dry, freeze them individually (i.e., not touching) on the silicone baking mat on a cookie sheet.

If you don’t garden, eating seasonally can seem like a mystery. What are the seasons for different things? The answer varies by location. Strawberries are is season in Florida in February, in Southern California in March, and in New York in June.  I have a large number of readers in Australia who are going to have completely different months for everything. Blackberries ripen in my garden in May, but my readers in England won’t be picking them until fall. Where you live plays a huge part on when items are ripe.

I found a great list here by season that can give you some ideas. Watch the ads in your area, and you’ll come to know when the fruits and vegetables you buy at their peak, which is also when they are at the lowest price.

When it comes time to pack a lunch for your children this winter, you can put in a lidded container with canned peaches that you purchases for .49 a pound. You can put in oranges several times over a few months with oranges that you purchased on sale. You can make a peanut butter and jelly sandwich with homemade jam, or send a turkey salad sandwich with apples that you bought in the fall for .79 a pound and kept for several months in the refrigerator and some sprouts that you grew in your own kitchen that week.

What is ripe where you are at right now? What produce do you buy in large quantities to save money for the year? 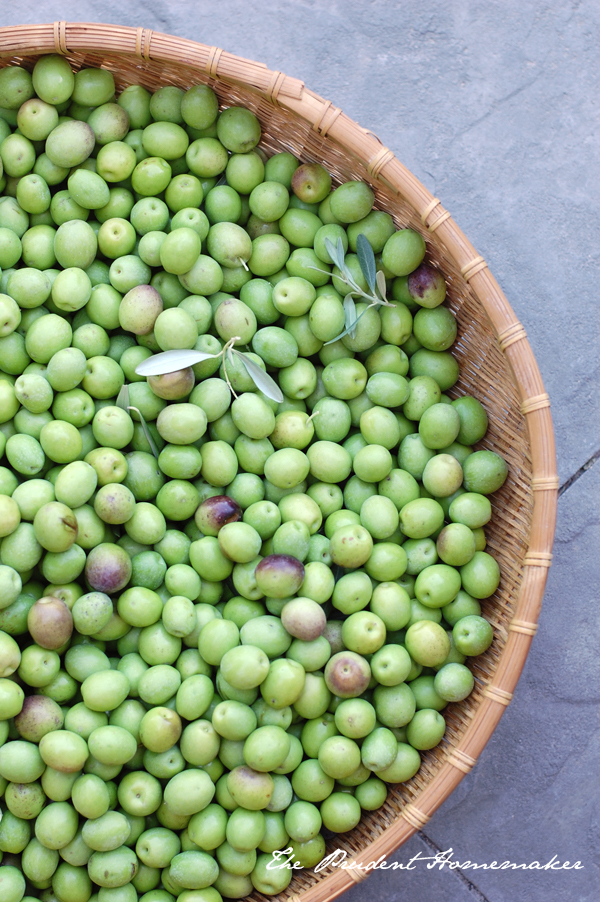 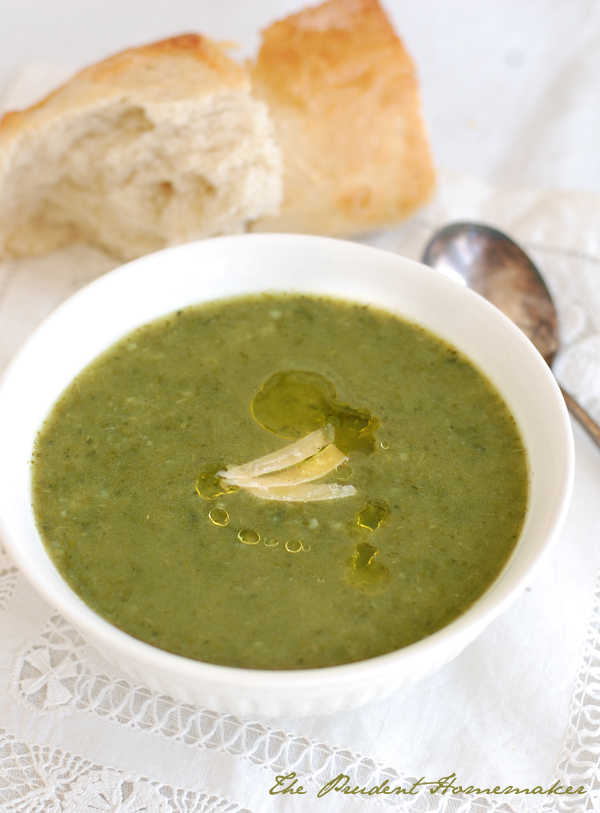 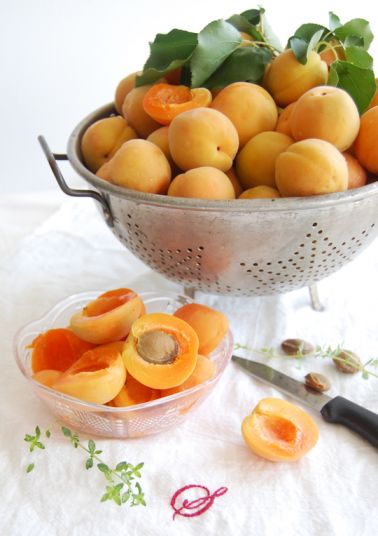 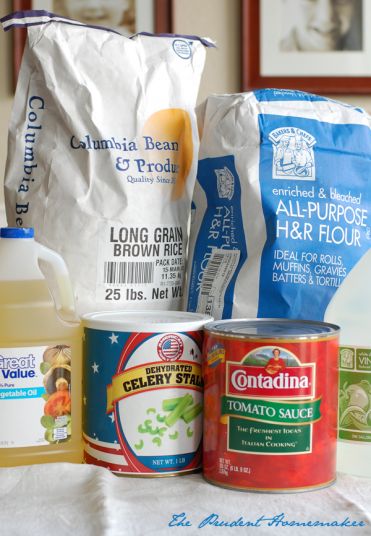